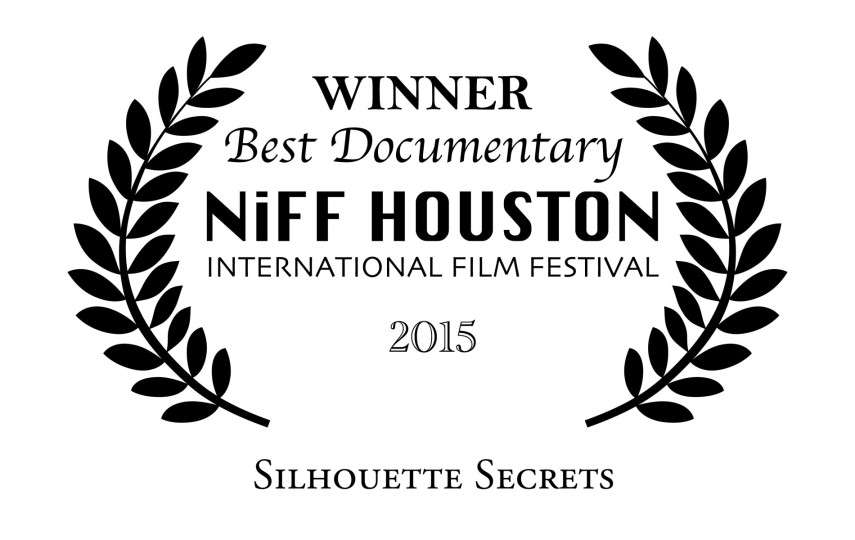 Silhouette Secrets seems off to a flying start. We took part in two film festivals towards the end of 2015 and have applied for many more this year. The first two festivals were the Marbella International Film Festival, where we were nominated for Best Documentary, and NiFF Houston, where we won the Best Documentary Award. Cindi Rose and Charles Burns pick up the Best Documentary Award at the Next International Film Festival in Houston. Previous: « Wedding cake silhouettes
Next: The European Art of the Silhouette »