A royal profile or two

On the 19th May I was invited to cut a royal profile or two at Coworth Park. It was one of the only events I’ve worked at where the toastmaster had to announce lunch by calling for “Your Majesties, Royal Highnesses, Highnesses, Lords, Ladies and Gentlemen… ” to take their seats.

This was not my first royal event, in fact I have twice cut a silhouette of the Queen. The first time was at the Golden Jubilee party in 2002. The second at her 80th birthday party, held at the Ritz in London in 2006. At both these events no photography was allowed, apart from a single royal photographer. I was therefore surprised when Hello! Magazine suddenly published a series of photographs of the latter event, in their June 2012, Diamond-jubilee edition, showing me cutting a royal profile. They had apparently been released to the press as a Thank-you for the work I did at Coworth Park. It had never occurred to me these photographs would see the light of day, still less that they might do so six years after the event!

Here are the photographs which appeared in the Jubillee edition of Hello! Magazine (issue no 1229). They show the Queen having her silhouette cut during her 80th birthday party at the Ritz, London. I’ve added my copy of the Queen’s silhouette, together with one of the Duke of Edinburgh cut at the same event. From right to left: 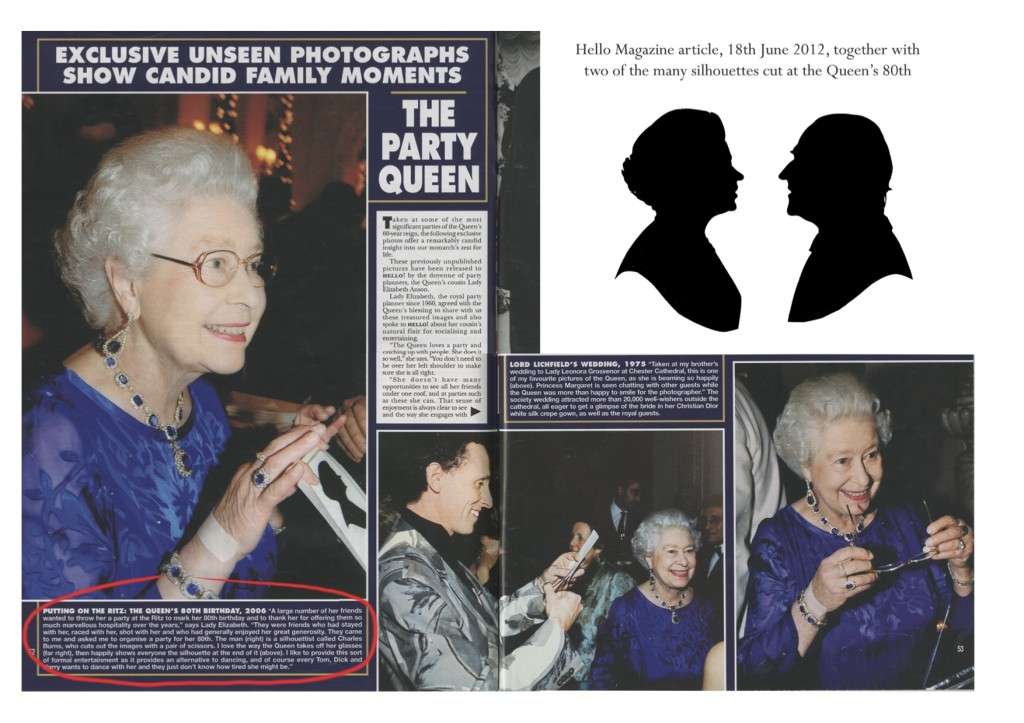 I’m told the silhouette was a great success. Lady Elizabeth Anson, who organised the event, writes:

“The man is a silhouettist called Charles Burns, who cut out the images with a pair of scissors. I love the way the Queen takes off her glasses, then happily shows everyone the silhouette at the end of it.”

This is also my recollection of the event. People kept coming up to me afterwards and saying:

“The Queen really likes her silhouette!”

Where do I go from here?

This might just be the most high-profile event I’ve ever attended. So here’s the question, where do you think I go from here? 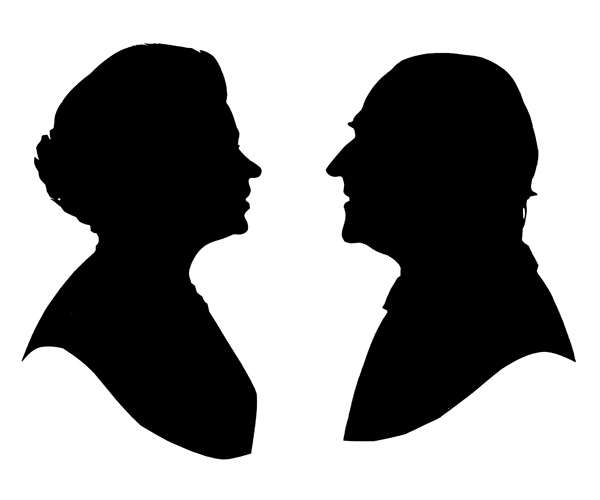 HM Queen Elizabeth and HRH the Duke of Edinburgh

4 comments on “A royal profile or two”