HE SIMPLEST of silhouettes is the classic cameo, often called a bust-length silhouette. This kind of silhouette was popular all over England during the Georgian and Regency periods. The majority of silhouettists working today still predominantly make cameo silhouettes.

In the hands of an expert, such cameos can be cut in as little as 60 seconds. People love the simple beauty of such elegantly-cut silhouettes, set into an oval mount. They evoke instantly that lost age when silhouettes were at their most popular.

That said, there are many variations to the theme…

For Charles, mastering the cameo silhouette is a good starting point for building a repertoire of work. Watching him at work you’ll soon realise that the cameos are beginning to develop into something else, much to the amusement of the audience.

For instance, half-length silhouettes holding a glass of wine are a popular variation:

Then, collars and ties can be cut away – a technique known as slash cutting – leaving empty white spaces. This changes the look of the silhouettes completely and gives them a  quintessentially 1920’s feel.
.

.Charles finds that double silhouettes, arranged in a variety of poses, are a must for any event when the guests are there in couples. His signature cut is a face-to-face double, cut whilst the couple gaze into each other’s eyes.  It’s a technically challenging cut, but once seen everybody wants one! For Charles, this kind of extensive repertoire is vital. Since it allows him to develop a theme as he works, and keep the guests constantly surprised, he never allows the cutting to become repetitive.

The importance of repertoire

Charles likes to say he realised the importance of repertoire sometime after cutting his 50,000th silhouette.

Since then, he’s made it his ambition to cut every kind of silhouette he can imagine. This has led him to constantly reinvent the art of silhouette cutting, not always with great results…

The importance of repertoire

Since then, he’s made it his ambition to cut every kind of silhouette he can imagine. This has led him to constantly reinvent the art of silhouette cutting, not always with great results…[/callout]

From time to time Charles will ask for a volunteer pose for a full-length silhouette.

“Is anybody is brave enough?”

Take a deep breath before he starts cutting!

Now, this takes longer, perhaps 3 or 4 minutes, but the results are spectacular. Charles thinks he’s the only living silhouettist who cuts such full-length silhouettes, freehand on a regular basis.

The most artistic full-length silhouettes are those cut at period costume balls. Piled up wigs, masks and flowing dresses and elegant coats offer a wonderful opportunity for Charles to express the full range of his work. You may find him cutting some genuinely eighteenth-century looking portraits.

If you are organising a period events you may be rightly concerned that your event be historically faithful and accurate. Silhouettists have been active in various guises throughout the eighteenth, nineteenth, and twentieth centuries, but their style and manner of working varied considerably. For this reason a silhouettist can form a historically-accurate addition to a wide range of Georgian, Regency, and Victorian events. You should also consider booking a silhouettist for a  1920s- or 1930s-themed event.

Charles is the best person to advise on the kinds of silhouettes produced at the time, and how to go about making them today.
. 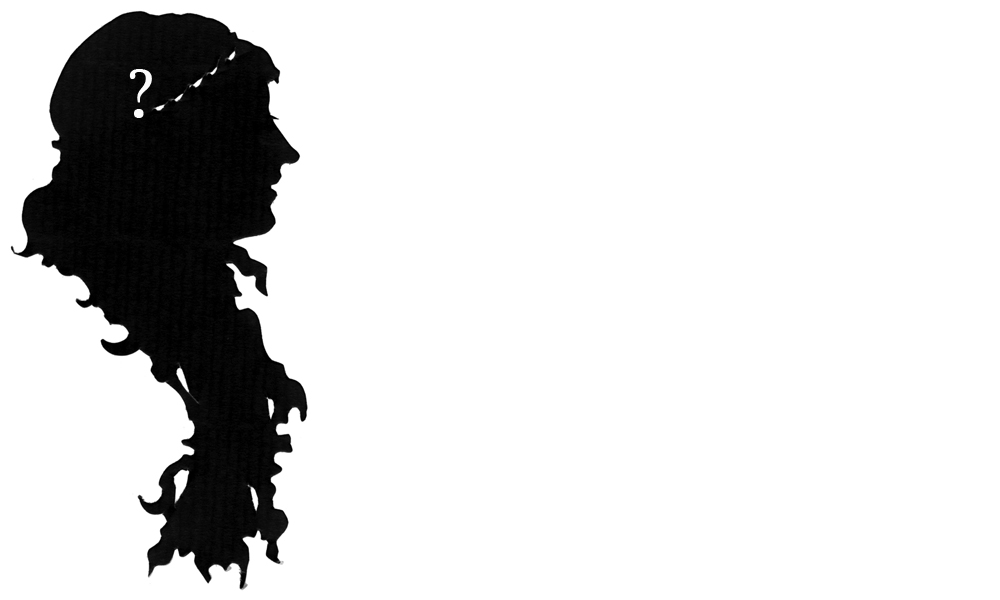 “Any questions? Ask me!”