SILHOUETTES ARE FAMOUS for being black, but very few are actually made by a blacksmith. Carl Ackerlund, from Minnesota, USA was such a man: a blacksmith silhouettist.

As a fan of Carl Ackerlund I run some of my virtual studio days in tribute to this artist.

A Swedish artist in America 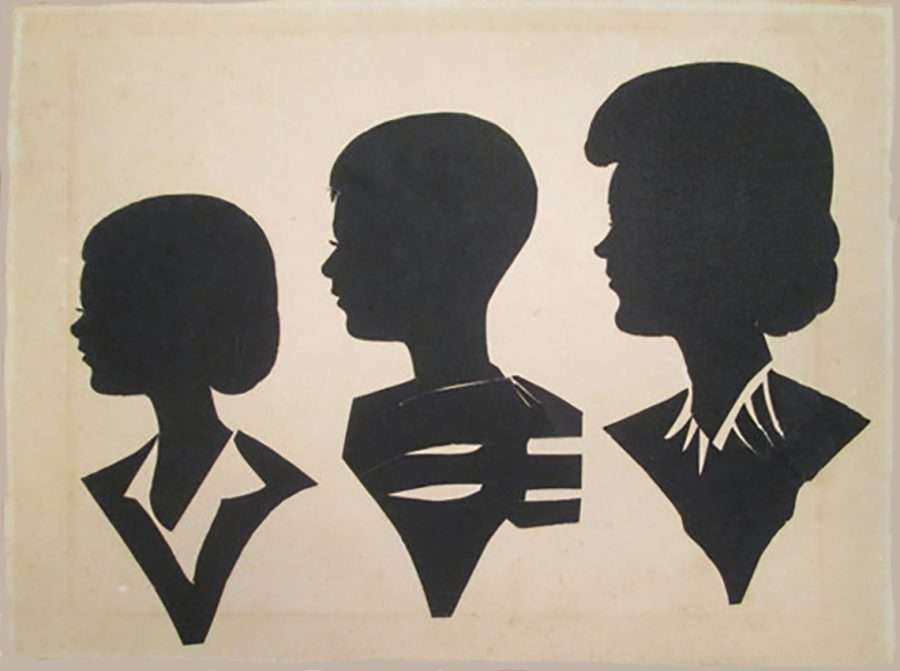 Just found a carl ackerlund silhouette in our family picture

How fascinating. Feel free to send me a photo of it! I’ll drop you an email.

Grace Ann Morrison here.
I received your e-mail at eight o’clock this morning.
I was so happy to hear from
The Roving Artist. Today I
despair that both letters will
reach you. I hope U.K. mailmen can find creative addresses. In Houston they
can’t
If you would be so kind to contact me in two weeks when the second letter should have arrived.
As we say in Texas, “can’t thank you enough”

Hi Grace, I was a bit concerned when you mentioned a “creative address” but you’ll be pleased to know your letter arrived safely this morning. I’ll pop a DVD in the post for you tomorrow!