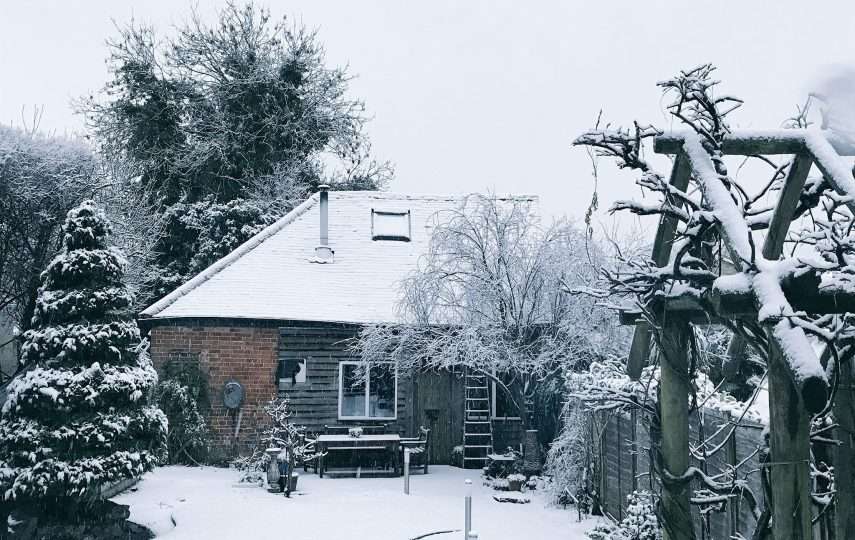 In Emmer Green, at the bottom of the garden of an unassuming 1920’s semi-detached house you’ll find Mays Barn. It was quite a find! I always tell people we bought the barn and the house came with it! But why is it there?

The barn is much older than the house. In the 1990s, when we moved in, it was in a parlous state. The surveyor warned us not to enter without a hard hat, especially not the children. During the works which followed, to prop up the roof and convert it into a studio, the builders found a date inscribed onto the back of a tile: 1734.

Could this be the date of building? Looking at the sate of it, it seems right. 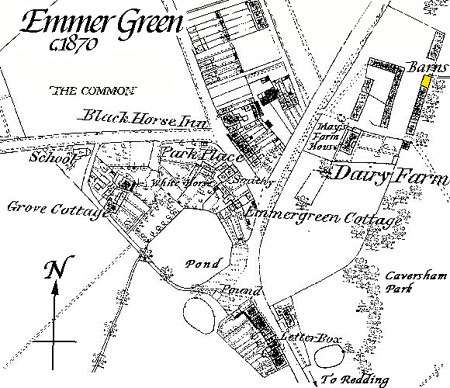 At that time Emmer Green was a small farming village to the north of Reading. Old maps show Caversham Park and an adjacent Dairy Farm. The farm was known locally as May’s Farm (after the family who had farmed it for many generations) and it managed the dairy herd which grazed on land at Caversham Park. Today, all that remains of the farm is this remnant of a once-long barn.

An 1870 map of Emmer Green shows farm buildings consisting of a series of barns enclosing two farmyards. What we now call Mays Barn (marked in yellow) was probably used as a milking parlour with a hayloft above. The farmyards were sold off in plots throughout the first half of the twentieth century. The first was sold to build Emmer Green Garage, one of many local petrol stations being built across the country at the time (now the Seat car dealership next door.) The second was sold in the 1920s to build a semi-detached house, which still stands. Mays farmhouse stood nearby until the 1950s, when it too was demolished to make way for more modern housing.

Throughout all the various stages of demolition and redevelopment, nobody thought to knock down Mays Barn. Who knows, perhaps it was a good place for builders to make tea?

Today, Caversham Park is lost to local residents, having been requisitioned for the war effort during World War II, when it became the BBC monitoring station. It was never released and today the entire park is still walled off with high fences and barded wire, and until recently kept for the exclusive use of BBC staff. Local residents are not allowed in. For residents of Caversham this has remained a sad loss, depriving them of acres of public parkland at the very heart of their town.

The barn is a versatile artistic space. It’s an art studio, DIY workshop, dinner-party venue, cinema, and exhibition space. It’s open to the public once a year, when Charles takes part in the Caversham Arts Trail, usually over the middle two weekends of May. 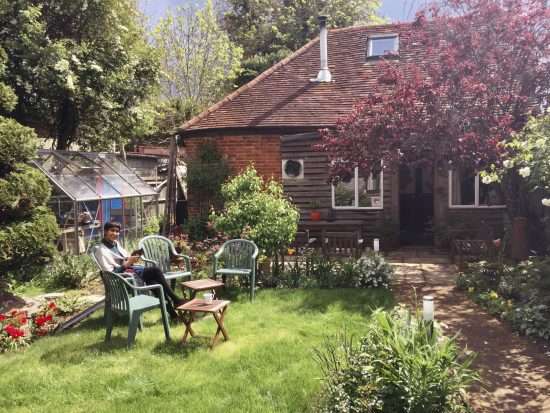 Mays Barn during the open studio weekend, May 2019 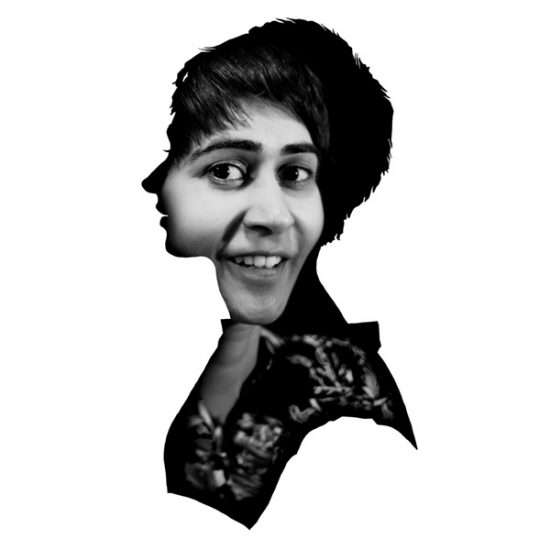 Previous: « A face-on silhouette or two (you mean, not in profile?)
Next: Caversham Arts Trail: Once a year I become a cat »