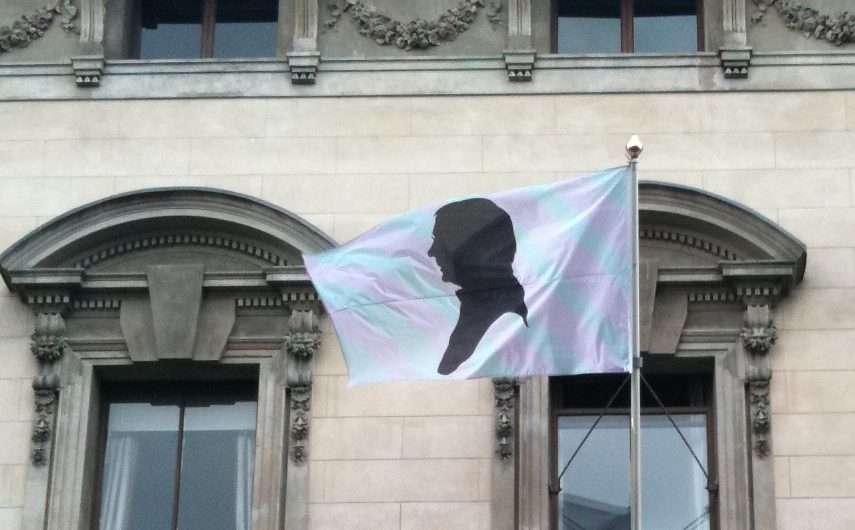 Flying at the Garrick Club

I was very surprised, on arriving at a recent 60th birthday party at The Garrick Club, to see a silhouette flag flying outside. On closer inspection I realised it was one of my own silhouettes. I felt I’d arrived! 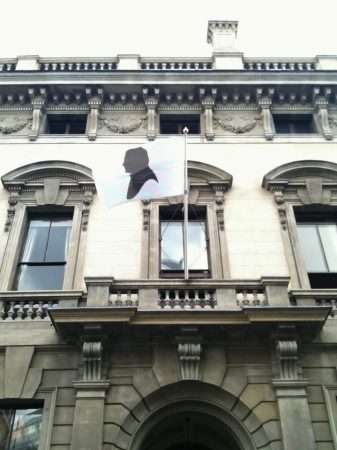 A birthday silhouette flying at the Garrick

Of course, I ought not to have been surprised. That silhouette, cut a couple of years earlier at a corporate dinner, was the reason I was there at all. The birthday boy had obviously been delighted with it, since he had booked me for this event. He wanted me there to cut similar silhouettes of all the guests. The silhouette had also featured on the invitations. In fact, it was everywhere: on the table place cards, above the seating plan, the menu. It was impossible to avoid. The flag was the master stroke; I’ve seen my silhouettes used in this way before, but never on a flag!

The Garrick Club, with it’s interesting collection of portraits, has always been on of my favourite venues. I’ve always been fascinated by portraits, so I tend to get lost on that amazing staircase. It’s a good thing I’m usually there to work, or I would simply never get to the top. They have literally covered the walls (which are high) with portrait paintings of every size and style.

It was an oddly satisfying feeling that, for that one day, one of my silhouettes was the most prominent portrait on display.
. 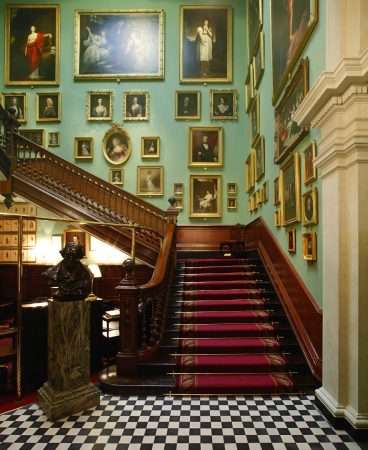 the main staircase at the Garrick Club

The Club is named after the great eighteenth century actor David Garrick. It was founded in 1831 by a group of literary-minded gentlemen who intended to be a place where “artists, actors and men of refinement & education might meet on equal terms”. They intended it to be a place where artists and their patrons could freely exchange views away from the usual class constraints of the times.

The Garrick Club is right in the middle of Covent Garden. For me, this gives it a special resonance as I started my career working as a street  portrait artist, just a few hundred yards from it’s front door. From street artist to Garrick Club, in just a few short steps, seems like a worthwhile career advancement.

David Garrick never set foot in the Garrick Club, but I think he’d have loved it. He was a well-known actor during the eighteenth century. Indeed, many said he was the best actor of this his. His acting style, characterised by natural ease and a genuine sense of humour, revolutionised the craft of acting. It some ways, it still does.
. 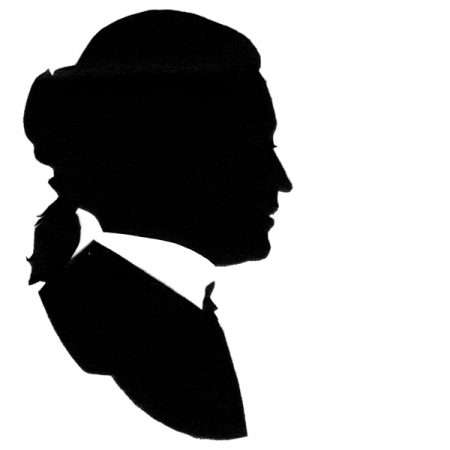 Previous: « Radio shades
Next: Will anybody fund a silhouette documentary film? »