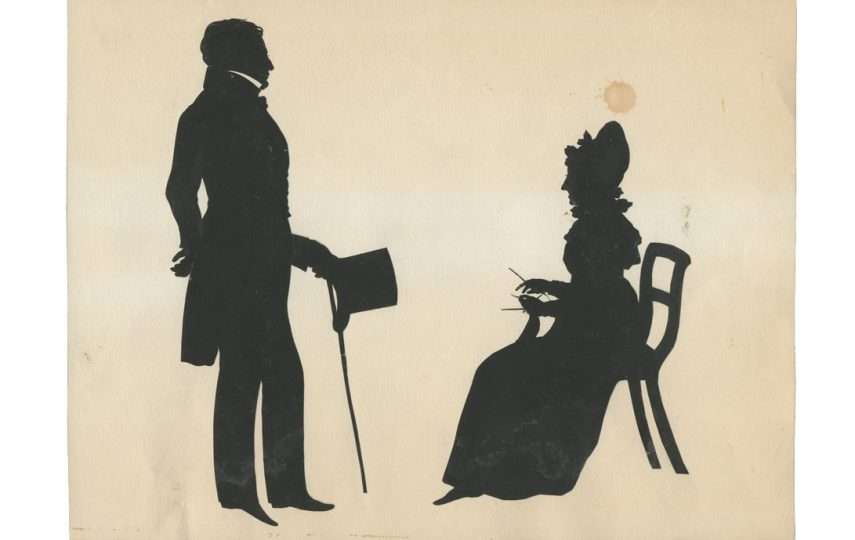 A silhouettist’s approach to data protection

What should a silhouettist’s approach to data protection be? This question has been much on my mind recently. I’m not alone; the launch of GDPR in Europe – and the subsequent wave of reply-or-unsubscribe emails – has got everybody thinking. What kind of data do I use? For me, the question has caused me to reexamine some of my most fundamental ideas about the role of silhouettes in society. 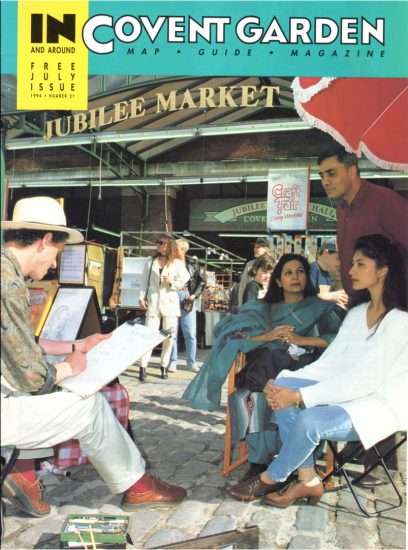 My portrait stand featured on the cover of “In and Around Covent Garden” in July 1994.

One of the things I realised I shouldn’t do is to copy the traditional silhouettist’s approach to data or data protection! 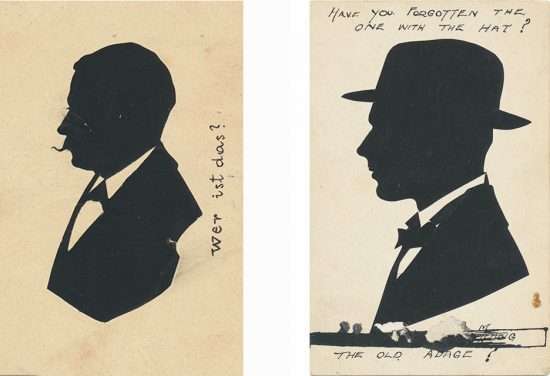 “Wer ist das?” (Who is this?) and “The One with the Hat”. Who indeed?
Two early postcard silhouettes with a typically frustrating lack of data.

Looking at the work of these early street silhouettists I’m struck by how few of them bothered to sign their work, or identify it in any way, let alone add a date.  The reason was simple: speed. Incredible as it may seem, the extra few seconds it takes to sign a silhouette meant it was not cost effective to do so. Selling their silhouettes for a shilling or two a time, their need was to cut as many as possible as quickly as possible. Writing other details, such as the sitter’s name or the date, was likewise out of the question.

The most annoying silhouettes are those where the subject has later added “Who’s this?” or “Guess Who!” before posting it. This was probably funny at the time, but today the joke is on them. Who are they indeed? History does not recall and one can only speculate. Their captions simply emphasise the frustrating lack of data. 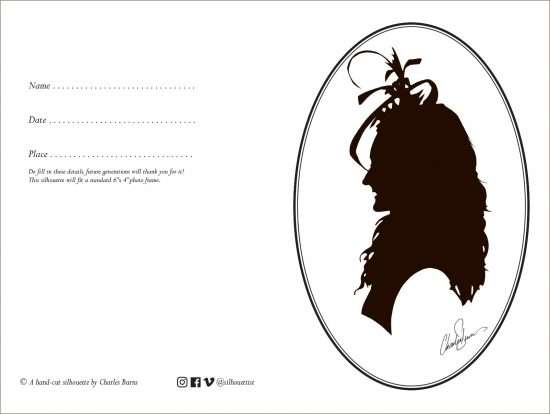 Roving Artist silhouettes include the name of the artist, a printed signature, and prompts for guests to add extra data.

From a modern GDPR perspective the beauty of this system is that there is little need for data protection. If I don’t know the sitters name, I cannot store it or lose it. Whatever extra information they fill in on the card is their responsibility to look after!

A very different silhouettist’s approach to data collection is exemplified by the well-known nineteenth-century artist August Edouart . A French refugee from the Napoleonic wars, Edouart was the first artist in England to call himself a “silhouettist” rather than a “profilist” (the term in use at the time). By doing so, he is responsible for bringing the French word “silhouette” into the English language. 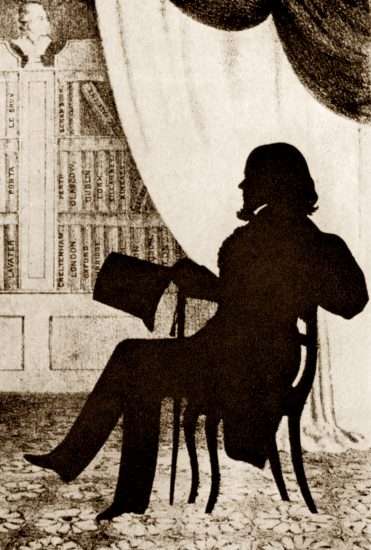 August Edouart with his duplicate albums.
He named each album by location: Cheltenham, Oxford, Edinburgh, etc.

Edouart cared a lot about data and was most fastidious in his record keeping. Like me, he followed the silhouettist’s tradition of keeping duplicate copies of all his work, which he pasted into large albums. For every silhouette he recorded the location and date of cutting, and (unlike me) the name and age of the subject. Unbelievably, he wrote all this information out five times! He wrote it straight away onto the back of the silhouette itself, and then later into his “day book”. After pasting the silhouette into an album he rewrote this information neatly underneath the silhouette and then copied it into the index of that album. Lastly, he copied abbreviated forms of all entries into a massive general index, enabling him to find any silhouette anywhere in the collection.

Sadly, he didn’t understand the importance of data protection. Edouart later lost most of his albums in a shipwreck, including many of his index albums. Those few that survive provide an amazing resource for those interested in silhouettes. His surviving indices have enabled some of his duplicates to be found and purchased by descendants of the original subjects. If you are lucky enough to come across one of Edouart’s silhouettes on eBay you’ll need to pay thousands of pounds to buy it. You’ll find them more often in the main art auction houses: Sotheby’s, Bonhams, and the like. What a difference the data makes!

The story of Edouart is a fascinating one. I am always happy to speak about his work – whether in relation to data protection or not!

These days every silhouettist needs a data protection policy document. If you’d like to read mine you can find it here (as well as in the footer of every page on the site!) It was written with help from Ian at Field | Seymour | Parkes, for which I am eternally grateful. Writing it – like everything I do pertaining to silhouettes – has been a lot of fun and a learning experience. I hope it encapsulates my own silhouettist’s approach to data, as well as making us GDPR compliant.

6 comments on “A silhouettist’s approach to data protection”