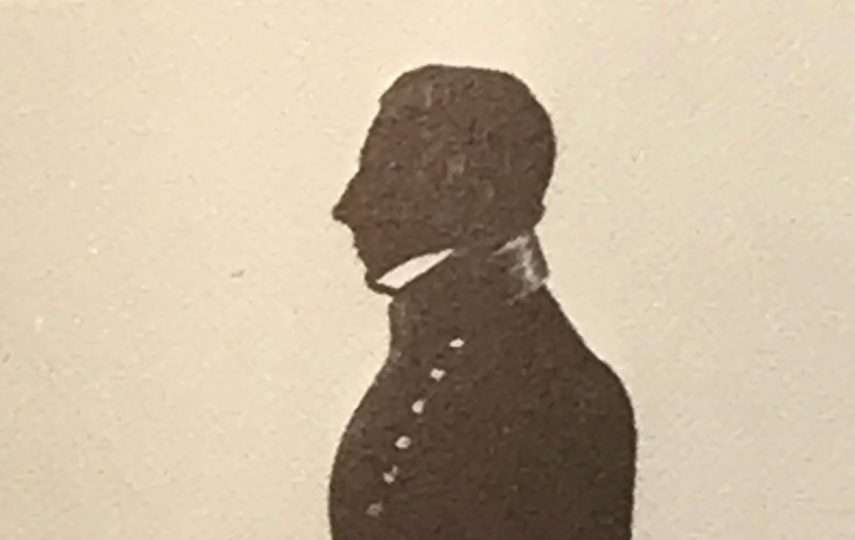 The Adelaide Gallery is more famous for its innovations in Daguerreotype than for silhouette cutting. Nevertheless, a number of silhouettists seem to have worked there. The London gallery was active in the mid nineteenth century.

As a fan of the Adelaide Gallery I run some of my virtual studio days in tribute to this artist. The next will be on 11th April 2021. 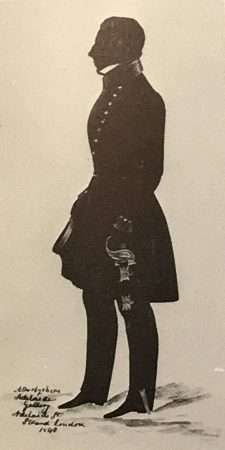 A full-length silhouette from the Adelaide Gallery, signed by A. Darbyshire

Sadly, only one signed silhouette from the Gallery has ever been found. It’s a professional-looking, paper-cut silhouette with bronzing added for details. The professional look of the silhouette makes it certain that there must be more. Nobody ever makes just one silhouette like this

Artists like Darbyshire and Barber hold a strange fascination for me. It seems strangely poignant that such professional artists can leave behind almost nothing of their work to posterity. Who were they? How did this happen?

Then there are all the historical questions:

Without seeing more Darbyshire silhouettes it’s impossible to answer many of these questions. .

Signature of A. Darbyshire at the Adelaide Gallery – his only known silhouette

Further information about the Adelaide Gallery from Profiles of the Past