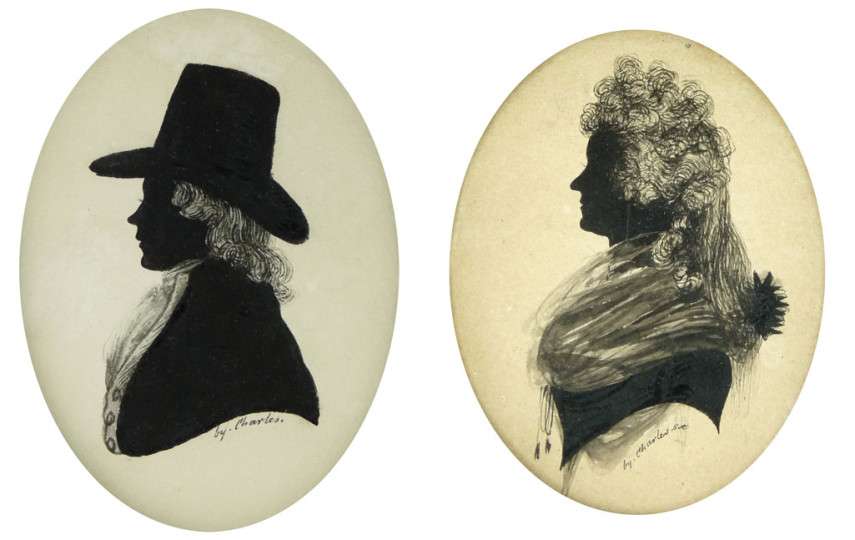 The Ink and Wash silhouettes of Mr Charles

I sent the first draft of my book to the publishers this morning.  It’s been an intense few months, but I’ve really enjoyed the opportunity to write about Mr Charles (among others) and his wonderful ink-wash silhouettes.

I’m not sure what the next stage entails, I think involves refining the text alongside an editor.

As a fan of Mr Charles I run some of my virtual studio days in tribute to this artist. The most recent was on 1st April 2021. 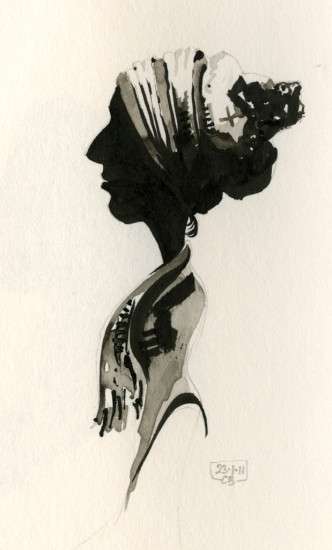 An indian-ink caricature, after Louise Fenne, one of many painted silhouettes in the book

Here is a painted caricature in silhouette.  This was painted with indian ink and water, in a little under 5 minutes, after a portrait by Louise Fenne whose work I admire.  It’s seems I still have my work cut out to catch up with Mr Charles…  I have no idea if there is a market for such work in the twenty-first century but I had a lot of fun painting it. I enjoy the interplay between the dark ink and the splashy nature of the medium.

The book has been a lot of work, the last time I worked so hard was while studying for ‘A’ levels!  I’ve been neglecting correspondence rather, so if you are one of those who’ve had a hard time trying to get hold of me, many apologies. I hope to now resume normal service.

The newsletter I sent out in January offering ‘free silhouettes’ was well received and I owe a huge thanks to all those who sent photographs of themselves and friends for inclusion.  Predictably I received rather more than needed. Just under half have ended up as silhouettes in the book, some as cut and some as painted silhouettes.  It will be published on 1st January 2012.

In the meantime, as I mentioned, I’m looking for opportunities to exhibit all the painted silhouettes as a group. I’ve had so much fun making them, in a such a variety of styles, that I feel they’d make a fascinating exhibition.  If you know anybody who could help with this please do let me know. 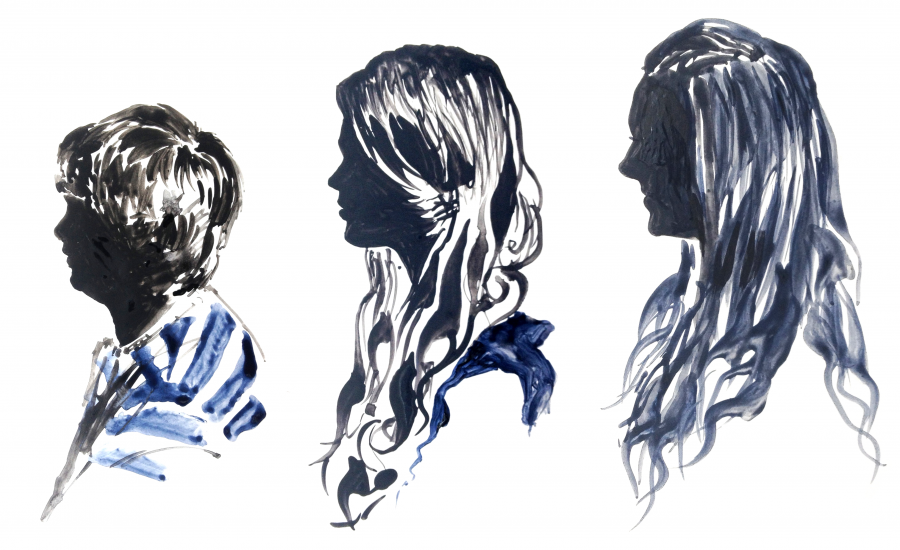 A year after the book was published I had another opportunity to experiment with Mr Charles’ ideas. In 2013 they filmed the Sky Portrait Artist of the Year competition in Trafalgar Square, London. The organisers booked to make silhouettes for the audience. I took the opportunity to make a series of 3-minute, Mr-Charles-style, ink-wash silhouettes. Here are three of them. I didn’t achieve anything like Mr Charles’ level of detail, but then it’s not my usual way of working. There’s no telling how strict Mr Charles really was about his three-minute rule. Was it a rule, or just a claim? 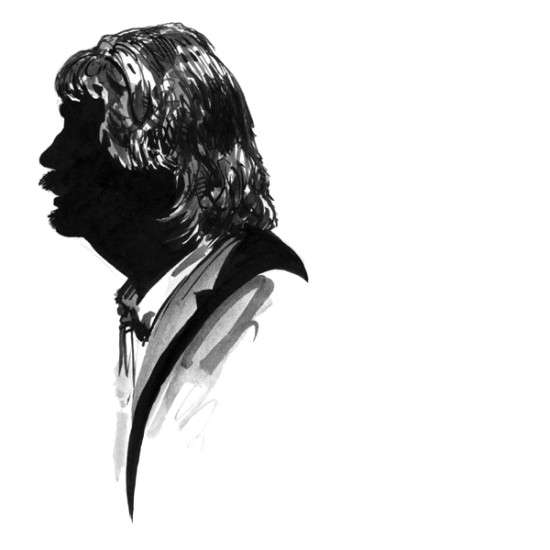 2 comments on “The Ink and Wash silhouettes of Mr Charles”

Previous: « Your profile needed!
Next: Sent to publisher »