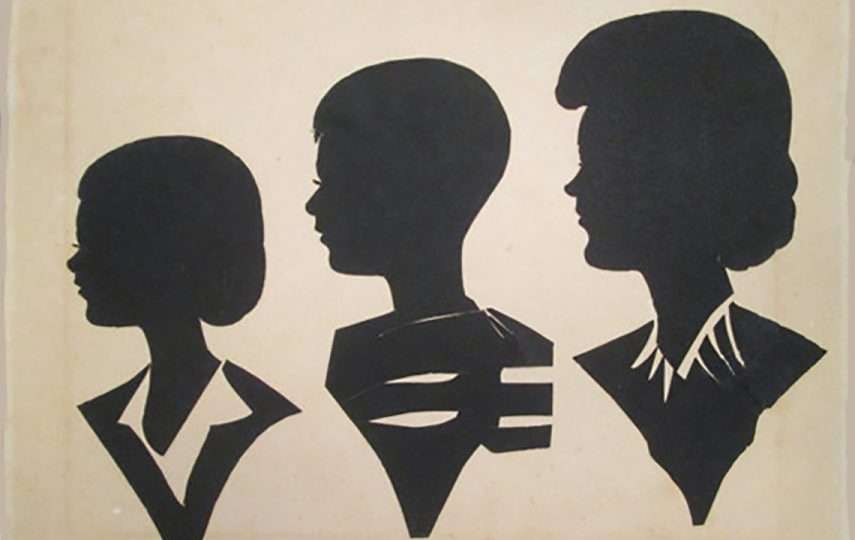 Otho Barden was an American artist who cut silhouettes during the summer season at the popular tourist attraction of Rock City at the top of Lookout Mountain, Georgia. He seems to have worked there for many years, probably from the opening of Rock City in 1932 until the mid 1950s.

As a fan of Otho Barden I run some of my virtual studio days in tribute to this artist. The last was on 34th Month 2021.

I refer to this artist as “he”. However, I should acknowledge that I did once receive a correspondence stating that Otho Barden was a woman. This is a tricky  one to solve, as all the adverts I’ve seen (like the one illustrated below) clearly refer to “Mr Barden”.  If anybody can shed more light on this I’d be very grateful! 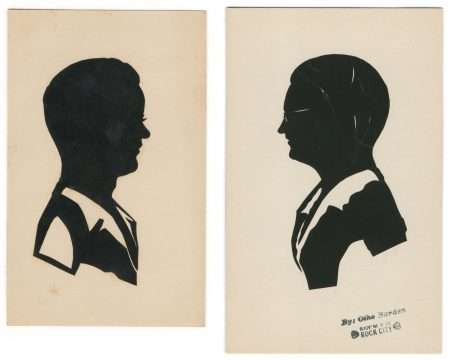 Two silhouettes by Otho Barden, one with the Rock City stamp and another which may have been cut down to remove it 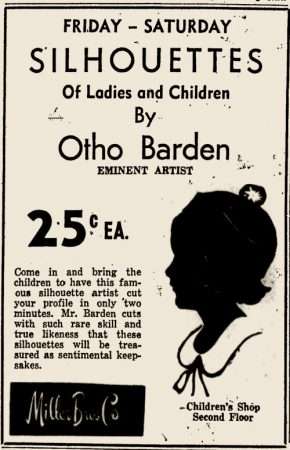 An advertisement for a department-store appearance at Millers Bros Co in Rome, Georgia in January 1953

It was claimed that from Lookout Mountain at Rock City you could see seven states. Sadly, this no longer seems possible (due to the effects of haze and air pollution) but this didn’t prevent tourist from flocking to the area. I believe they still do.

During the winter months, when Rock City closed, he set up a series of department store appearances which he advertised in the local press. This was the way many silhouette artists working, both in the US and the UK, during the early twentieth century.

His silhouettes are stylised and quite large, usually bearing a “Rock City” stamp, and mounted on 7″x 5″ cards. They sometimes have the shoulders turned towards the viewer, like there set of three above, and include inventive cuts to indicate collars and other clothing patterns.

Looking at the silhouettes I can imagine him working relatively slowly (for a silhouettist) and methodically, taking care over the various internal cuts. For some reason I imagine him as having quite large hands! I’ve always found that silhouettes cut at this scale usually take slightly longer to cut 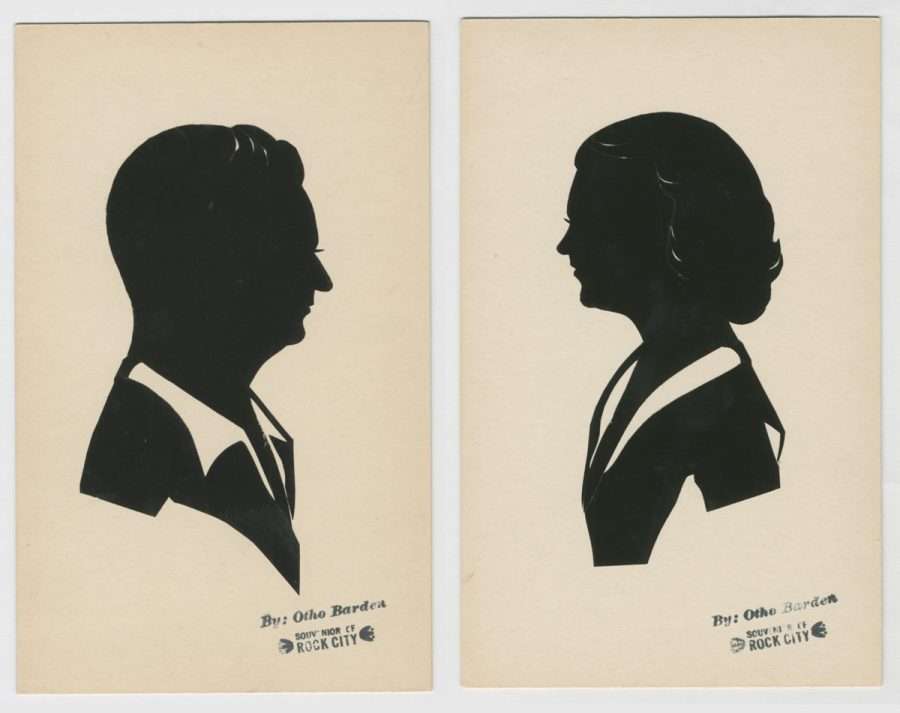 A pair of face-to-face silhouettes cut by Otho Barden at Rock City, Georgia, probably in the early 1950s.

Further information about the Otho Barden

Searching for Otho Barden will reveal a number of his silhouettes for sale on various auction sites. However, I’ve not been able to find much biographical information.

Previous: « April Fielding, the Crystal Palace Silhouettistte
Next: A Silhouettist’s Idea of an April Fool? »