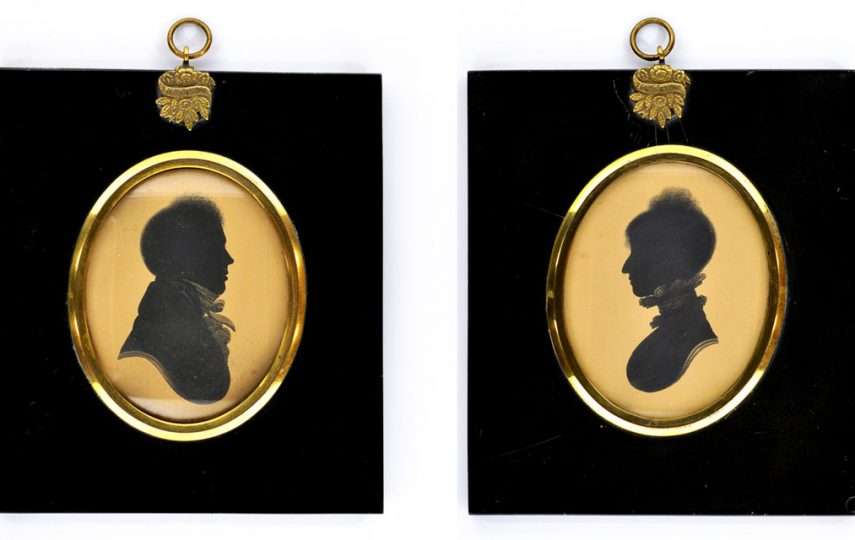 It’s only by any accident of history that anybody knows anything about the silhouettist William Allport at all.  He was a workman-like artist who spent his whole life in Liverpool, and never tried to draw much attention to himself.

As a fan of William Allport I run some of my virtual studio days in tribute to this artist. The most recent was on Monday 3rd May 2021. 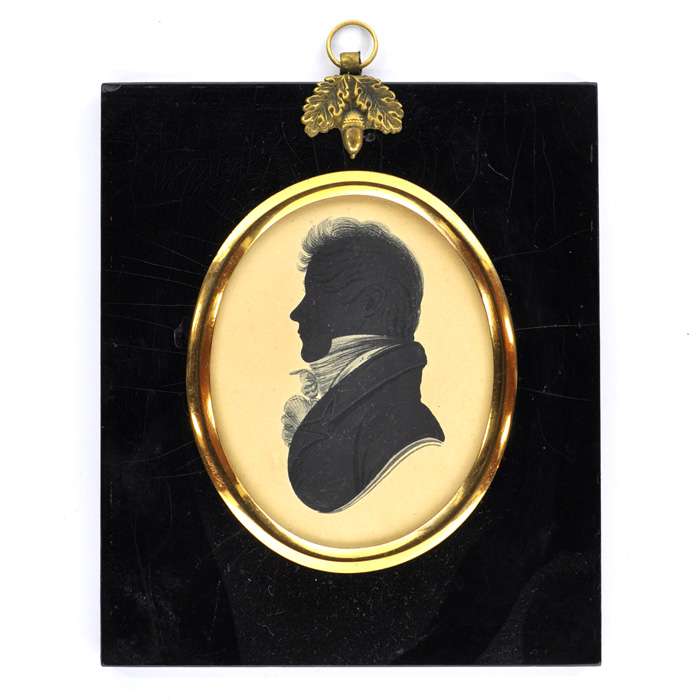 From 1806 to 1810 William Allport worked at the House of W.Bullock, a well-known museum in Liverpool. As well as fixed exhibits the museum contained an eclectic series of sideshows, designed to entertain as much as to educate. William’s silhouettes were one of these and an important museum attraction.

He never signed his work, but instead used a hidden signature in the form of two or three extra lines painted under the bust line. You can see this clearly by clicking on the illustrations. If you ever find a  painted silhouette with this feature it’s likely to be  by William Allport. 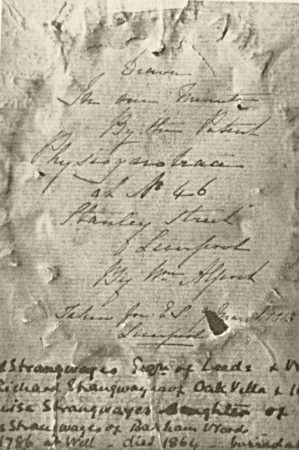 Drawn … By the Patent Physiognotrace
at no 46 Stanley St, Liverpool,
by Mr Allport