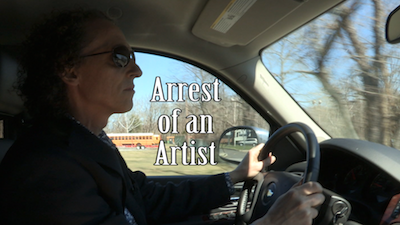 Arrest of an Artist

While in America last year, filming for the documentary ‘Silhouette Secrets’, we visited Philadelphia to study a 200-year-old automatic silhouette-making machine. On the way my mind lapsed and I found myself driving on the wrong side of the road. 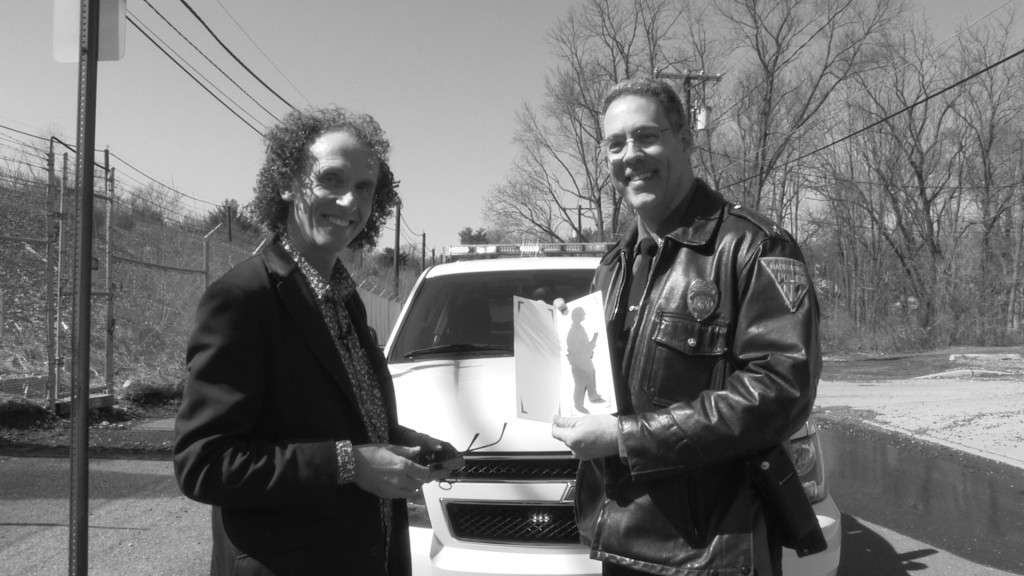 Charles meets fellow silhouettist Ted Stuessy and cuts his silhouette, during filming of the “Arrest of an Artist” sequence

The result is this little 2-minute video, which I think you will enjoy:

I hope you agree I proved my point! 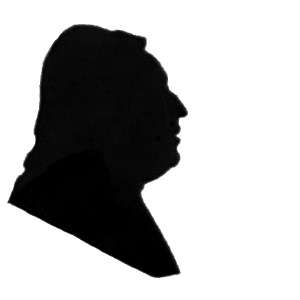 The arresting officer, cut with handcuffs

23 comments on “Arrest of an Artist”

Previous: « Badges: a new take on an old art?
Next: The Final Cut »