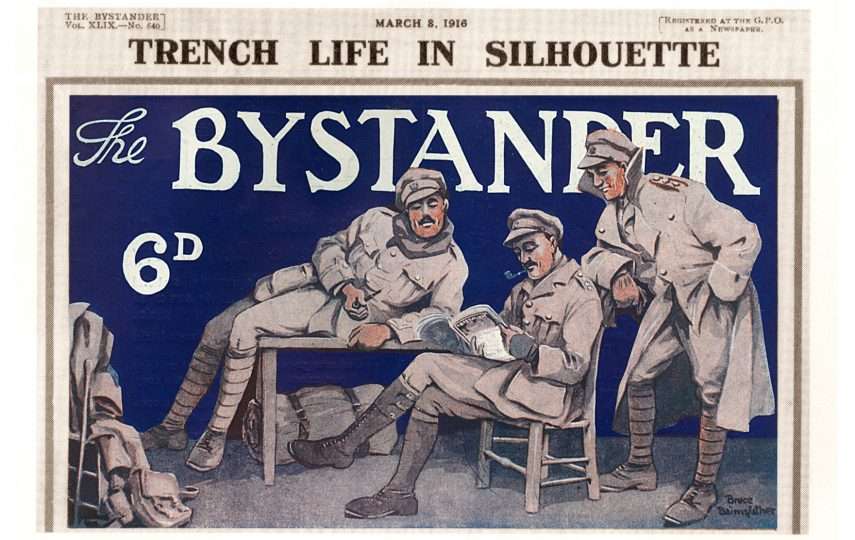 After watching Silhouette Secrets, recently launched on Amazon, people often ask: what sparked my interest in silhouettes? It isn’t such an easy question to answer.  However, my mind often returns to this silhouette, which has been in my family for years. It may well be the first silhouette I ever saw.

My Chilean great grandmother with eight of her nine children. Summer holiday crowds queuing outside Oakley’s Llandudno Per studio. They all wanted their silhouette cut by the author of “Trench Life in Silhouette”. If you haven’t already seen Silhouette Secrets, the Amazon launch is a great opportunity to do so.  When you do, please don’t forget to leave a review! For a small, low-budget production such as ours, these reviews are really important. The film has a small number of great reviews already, which you can read on Amazon.
I had a lot of fun making the film, which I believe comes across when you watch it.

8 comments on “Trench Life in Silhouette”