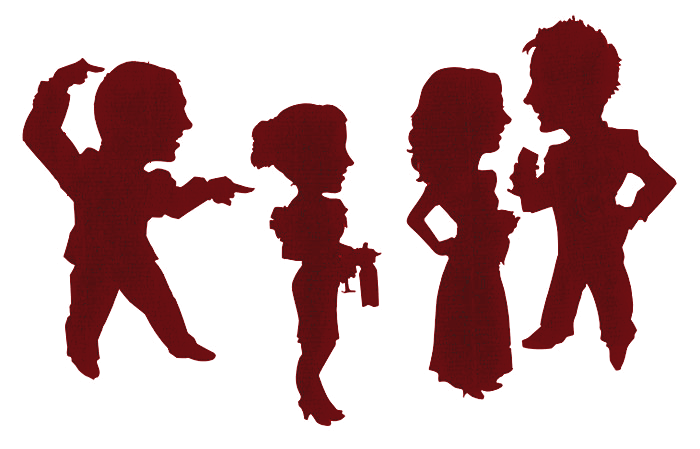 Is it possible to make a caricature likeness in silhouette? This question vexed me for many years. As soon as I saw her work, I realised this was the artist who appeared to cut portrait and caricature silhouettes at the same time. How did she do it? Aubrey Beardsley’s self portrait placed next to a profile photograph of him (photo: by Frederick Evans) Five of my first caricature silhouettes, cut at a corporate family fun day

They were laughing. I mean, they were really laughing! They found my work hilarious. Looking at the off cuts later I could see why, I was making completely a different kind of silhouette. They really were caricatures.
.

Five caricature figures cut at various events in and around London last year.
The man with the hat later opened a bar in Brisbane. He liked his caricature so much he used it his logo there! 17 comments on “Capturing Likeness in Caricature”