Most people have no idea what a silhouettist is until they see one in action. Yet as soon as they do, everybody is fascinated. Charles is always happy to speak about silhouettes, his life as silhouettist and to demonstrate his art live on stage.

His approach to speaking is to craft a talk to suit your event or location, based loosely on the following three subjects:

1. What can a Street Artist Teach the Corporate World?

Charles began his career as a street-portrait artist in the 1990s. Working in London’s Covent Garden, he learned some important lessons which seem to have wider implications.

After introducing the audience to street-art life, Charles describes the support he received from other street artists. Using the “street artist’s mantra” to critique his performance, they explained why nobody was buying his work. This mantra was pivotal in helping Charles make a living as an artist.

“Would this stand survive on the street?”

Too often, he concludes, the answer is “No”. Charles then exhorts the audience to find their “inner street artist” and gives them a series of practical steps to improve their performance.
.

Charles begins this personal talk by answering a question he is often asked:

“How on earth did you discover you could do that?”

Taking the audience on a journey back in time, Charles introduces them to his teenage self. On leaving art college, he felt he was essentially unemployable. Describing himself as “one of nature’s natural self-employed” he spent the next twelve years working as a street portrait artist in Covent Garden. Somehow his career became “stuck’.

Later, when his son was diagnosed with Asperger Syndrome (an autistic spectrum disorder) Charles was forced to confront obvious similarities with his own development.

He then describes how, after his own diagnosis with the same condition, he found a new sense of direction in his work as a silhouettist. Charles realised he had accidentally found his perfect occupation, and that his own ‘internal barriers’ to success had somehow melted away.

The talk finishes with a message of hope. Whatever your disability or super ability, it’s OK to be who you are.
.

3. From Shadowgraph Screens to Portrait Machines

Based on the film Silhouette Secrets, this fascinating talk is a light-hearted look at the unknown history of silhouettes.

Charles introduces an historical silhouettist or two and begins to tell their stories. Then, using audience members as impromptu models, he demonstrates their techniques! If possible, he will choose artists relevant to the location in which he is speaking.

You’ll learn that freehand paper cutting is a relatively modern innovation. Early silhouettists used a weird variety of mechanical devices, such as the physiognotrace or the Prosopographus, to create their silhouettes. Shunned by respectable society, these silhouettists were as much showman as artist. Charles has researched the fascinating and colourful lives they led, and delights in bringing their stories to life for you. 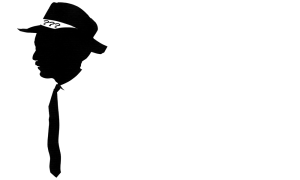