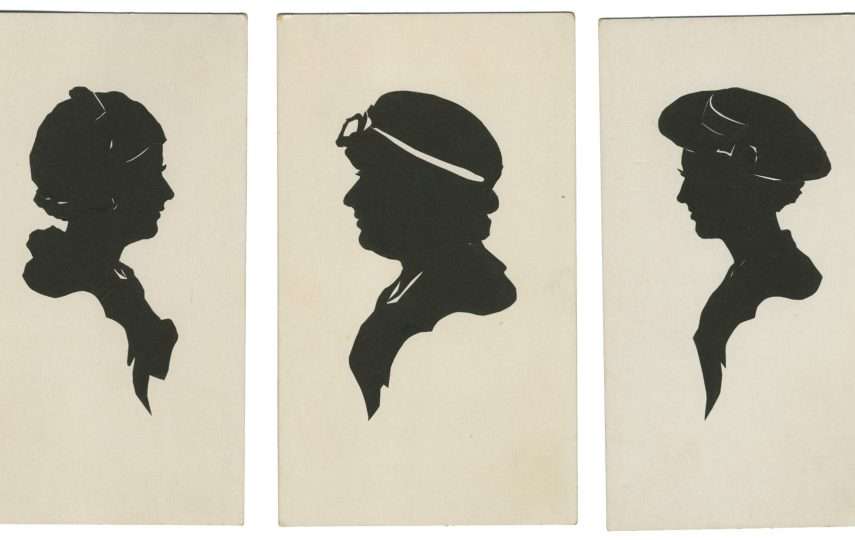 Silhouettes are famous for being black, but very few are actually made by a blacksmith. Carl Ackerlund, from Minnesota, USA was such a man: a blacksmith silhouettist.

As a fan of Carl Ackerlund I run some of my virtual studio days in tribute to this artist. The next will be on 18th April 2021.

A Swedish artist in America 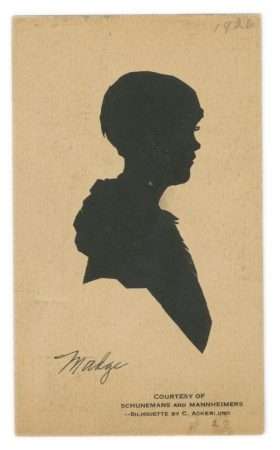 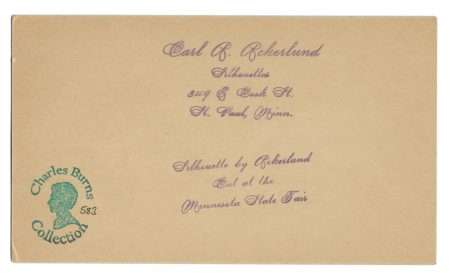 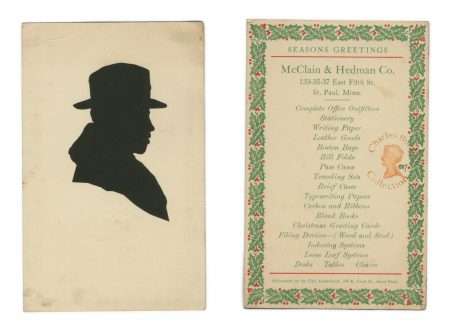 A Christmas silhouette cut as a present to customers of McClain and Hedman, St Paul, Minnesota, 1920s

Previous: « Adelaide Gallery daguerreotypes and silhouettes
Next: Edgar Adolphe, a Frenchman in Brighton »