FOR THE LAST FEW WEEKS I’ve been toying with an idea for a new book. I’m thinking about a picture book, a “guess the silhouette” collection of cuttings. It’s the kind of book I hope somebody would love to receive in a Christmas stocking.

I’m currently in the process of putting together a first draft. A few of the illustrations will be on display on our stand at the Square Meal Venues & Events show in a couple of weeks. They’re quite fun, would you like to come and see them? I’m looking for feedback and criticism, so do get in touch if you are able to join us.

Over many years of cutting silhouettes I’ve been fortunate to meet and cut many interesting and well known people. Of course I have a copy of their silhouettes! My plan is to compile fifty or so of the most recognisable or famous profiles, each within a traditional decoration border. A caption under each will tell the reader when and where it was cut, but not who it is. That will be up to you to figure out (although I will perhaps include a list of answers at the back).

It’s quite a simple idea for a book. What do you think? The title I’m toying with is (don’t laugh) “Fifty Shades”

In late eighteenth and early nineteenth-century England silhouettes were known as shades, or shadow portraits.  The French word “silhouette” was not adopted until the mid nineteenth century. A pompous but talented French artist, August Edouart, was the first artist to refer to himself as a “silhouettist”.  He did this to give his cuttings a more refined and cultivated air, and to distinguish them from what he considered “inferior English shades”. Despite this, I’m a great fan of Edouart’s work. He pioneered the freehand cutting technique for making silhouettes which i still use today. So there is a sense in which the book’s title will be a homage (or perhaps a friendly repost) to him. However, that isn’t the association which will spring to most people’s minds when they hear “Fifty Shades”!

This history will be explained in detail in a learned essay at the beginning of the book: an entrée which I imagine most readers will skip to go straight to the main course. This will be the fifty shades themselves, and the fun to be had in guessing who they are.

I haven’t yet found a publisher for Fifty Shades, so I’m weighing up the options. Should I self publish or seek a traditional publisher? On balance I prefer the latter option, but its a question of finding the right one. If you know of anybody who might be able to help please let me know, or forward this blog to them. In the meantime watch this space for further updates. 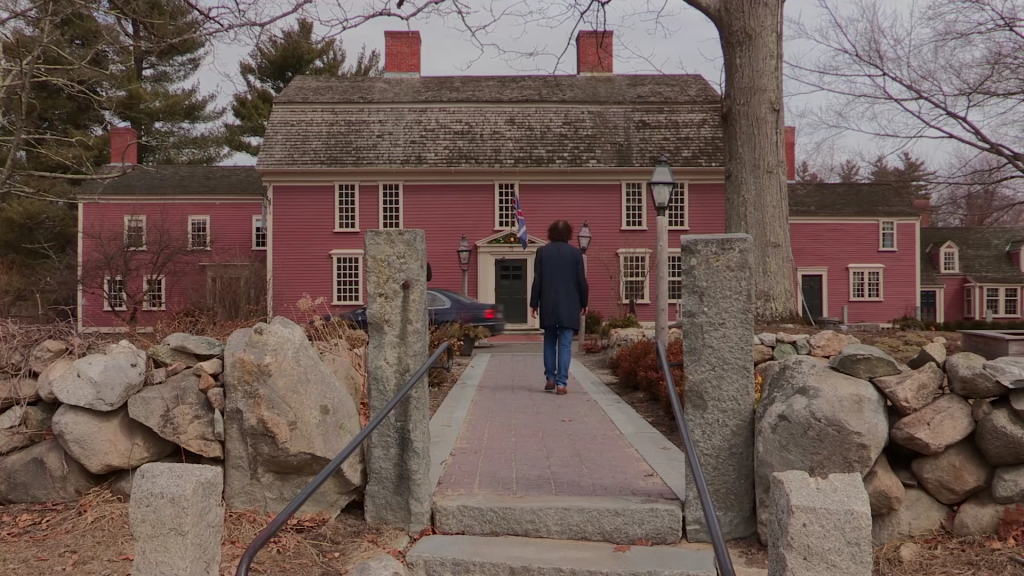 AFTER VISITING HOUSTON the Silhouette Secrets film crew were invited to a lunch by SCONE. We met “Silhouette Cutters of New England” at the Wayside…

14 thoughts on “Fifty Shades and a Square Meal”

I've been blogging a long time...