AFTER WATCHING Silhouette Secrets, recently launched on Amazon, people often ask: what sparked my interest in silhouettes? It isn’t such an easy question to answer.  However, my mind often returns to this silhouette, which has been in my family for years. It may well be the first silhouette I ever saw.

If you haven’t already seen Silhouette Secrets, the Amazon launch is a great opportunity to do so.  When you do, please don’t forget to leave a review! For a small, low-budget production such as ours, these reviews are really important. The film has a small number of great reviews already, which you can read on Amazon.

I had a lot of fun making the film, which I believe comes across when you watch it. 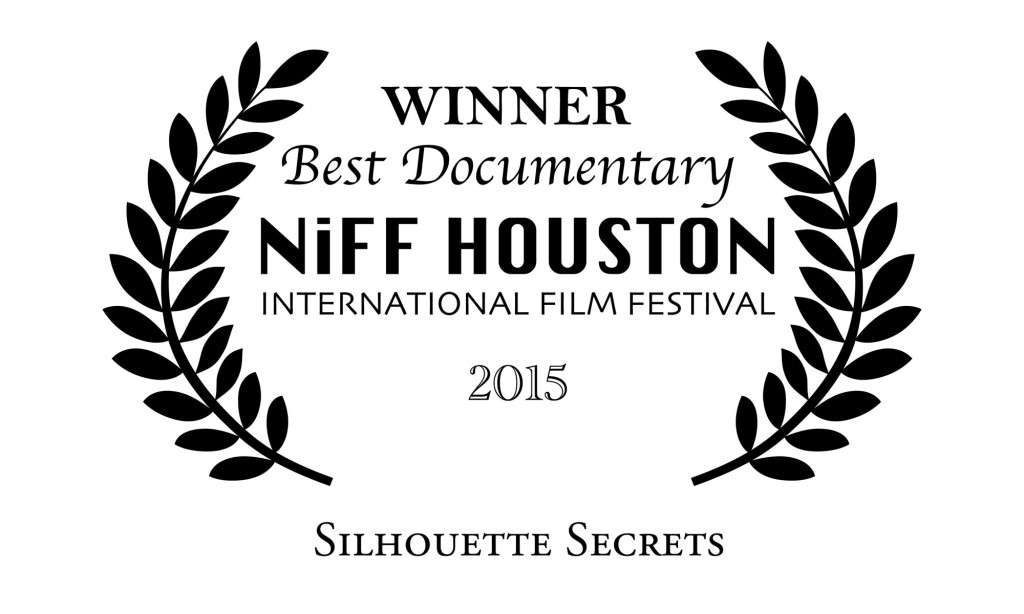 My dear Charles, this is simply a lovely blog. I shall cherish it forever. I have the silhouette of Granny and the family, minus one. It hangs in my bedroom where I can look at it every day. Thanks so much for including me in you blogs.
Much love

Thankyou for sharing your blog – what an amazing read – Andrea & I will most certainly look up the film .

Just wanted to congratulate you on your blog – so interesting and it seems there is no end to what you have unearthed about the silhouette, and there is clearly lots more to come. What an exciting journey and I am glad for you too that you lived in a time when it was possible and pleased that you did. Such amazing work you are doing. I think there is something of the Grayson Perry about you – unique way of seeing and of thinking, engaging way of presenting, a commitment and excitement about what you do – take my hand and come on a magical journey feeling – yes please. Not the frock bit!

Dear Charles, thankyou so much for sharing this beautiful Blog. Mummy has greatgranny’s silhouettes in a frame in her sittigroom, we grown up with It. I think its an Incredible work. Mum will enjoy this blog, much love Angela and Teresa

Thanks Angela. I wonder many copies there are? There seem to be more than one for sure.

Really enjoyable read. Dropped into my work inbox having met you a trade show and happened to skim over it and before I knew it I was engrossed! Lovely work.
Thank you 🙂

Chaerles, a really fascinating blog post. I am very interested in World War 1 and am a member of the Western Front Association, an organisation that looks at all aspects of World War 1, yet depsite this I have never before come across the work of Harry Oakley nor indeed any reference to it. Clearly this is something that will bear further research when I have a moment. Thank you for posting this fascinating insight and I will hopefully be able to see the film before long. Also your images of our children, one of our grandchildren and most recently the double portrait of my wife and I continue to draw very favourable comments and true astonishment when we explain how you create them,