MyJapanese mother in law was 96 years old when she passed away in the summer. She was fond of telling everybody that she was born in the same year as the Queen. I think it gave her a connection to her strange English son in law! Although my Japanese has always been quite basic – and her English none existent – we always got on quite well. I think she’d have been content to pass away in the same year as the Queen.

Getting to Japan was not so easy

On hearing the news, my first instinct was to jump on the next plane to Tokyo to join my partner (who was thankfully already in Japan at the time). However, Japanese bureaucracy had other ideas. Japan was still in a state of Covid lockdown and no foreign nationals were allowed into he country. I had to apply for a 90-day spouse visa, which frustratingly took weeks.

I finally arrived in Japan last week, after receiving my visa and carving a few weeks out of my events schedule. However, I left in a single Zoom “studio day” which took place last Sunday. Having already sold a number of tickets I wanted to see if I could run it from Japan. After all, being a Zoom event, why should it matter where in the world I am?

Kawagoe, where my mother-in-law lived, lies to the north of Tokyo, just a short train journey from the centre. It’s famous for being one of the few cities not to have been extensively bombed during the war. This means that many old, nineteenth-century buildings still remain. It’s now quite a tourist town!.

I took these two photos while walking though the old part of town last Saturday. It was a dark and windy evening during the recent typhoon which swept through Japan. Although the centre of the storm passed well north of us, the following day it rained incessantly for hours.

Luckily for me, I spent much of “typhoon day” safely indoors cutting silhouettes over Zoom.

I began these Zoom “studio days” during lockdown and have continued them ever since. However, this was the first occasion I ran one outside my own studio. I have welcomed clients from Japan before –cutting their silhouettes over Zoom from my studio – so it was a strange experience to be in Japan cutting silhouettes for clients in the UK! I welcomed visitors from Bradford, Surrey and Paris, amongst others. There were two dogs, one couple planning a wedding and a number of small children. The day included an hour-long session for Reading Business Club, who “beamed me in” during their showcase event at Reading Hockey Club.

When I explained where I was most clients were amazed. All were happy for me to bring their silhouettes back the UK and arrange delivery from home in October (rather than air mail them from Japan). If you’re one of those, thank you.

I’m currently in Japan for another week. If you know Japan (or would like to) please add a comment below! 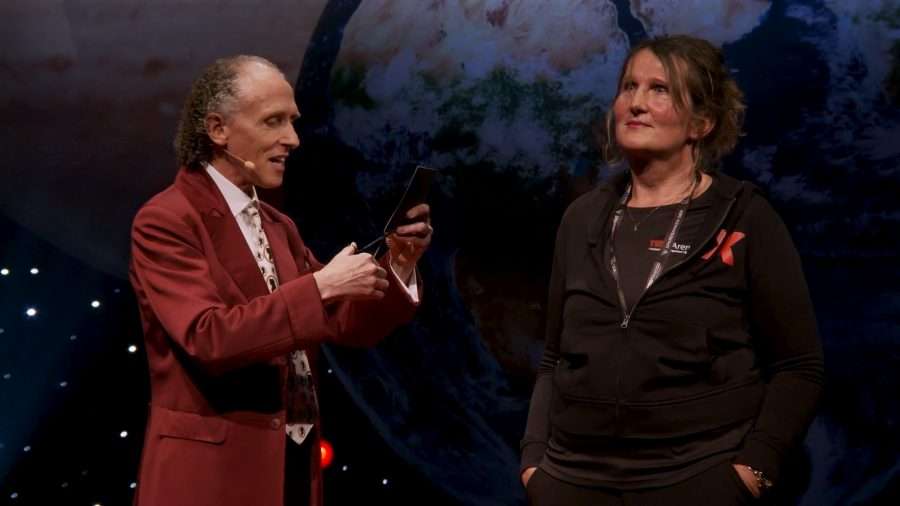 In November 2022 I was invited to give a short talk about my work at a TEDx meeting in Arendal, on the south coast of…

If you’ve seen me cut a silhouette, you’re probably more familiar with this shadowy art than most. But how much do you really know about…

Those buildings are incredible, ive always been interested in history and adore old historical images which these look like. An amazing window into the past.

Thanks Grace. Yes, I’ve always loved walking in Kawagoe for that reason.

Our condolences to you and you wife with the passing of your mother-in-law.
You’ve certainly captured the a striking image of the buildings with the storm brewing in the background.
Japan is on the top of my list to visit. Our son, Gabriel has been twice and loves it there
.
I love to watch Japanese videos on a YouTube channel, NHK World Japan, mini documentaries on towns and villages across Japan, showing Artisans, food, the people, hot springs, architecture and festivals etc.

The old buildings were beautifully designed and built, so strong. I am familiar with Hinoki wood, or Japanese Cypress, used in some of them. I imagine they are built to withstand the onslaught of typhoons. Love a good storm.

Enjoy you time there. We have a few Japanese friends and just love their enthusiasm for life, sense of humour and wonderful creative spirits.

Warm regards from your cousin’s in Australia X X
Shona

All completely fascinating. Love the black and white photographs too