AN INTERESTING CHALLENGE was set for us by a client in Germany. He wanted each of 250 conference delegates to receive a silhouette – cut from their own corporate-blue paper – during a conference dinner.  My initial proposal (based on tried-and-tested advice to allow two minutes per person) was to book four artists.  He replied that he had the budget to book two, Michael and myself, on the understanding that everybody received a one-minute silhouette. 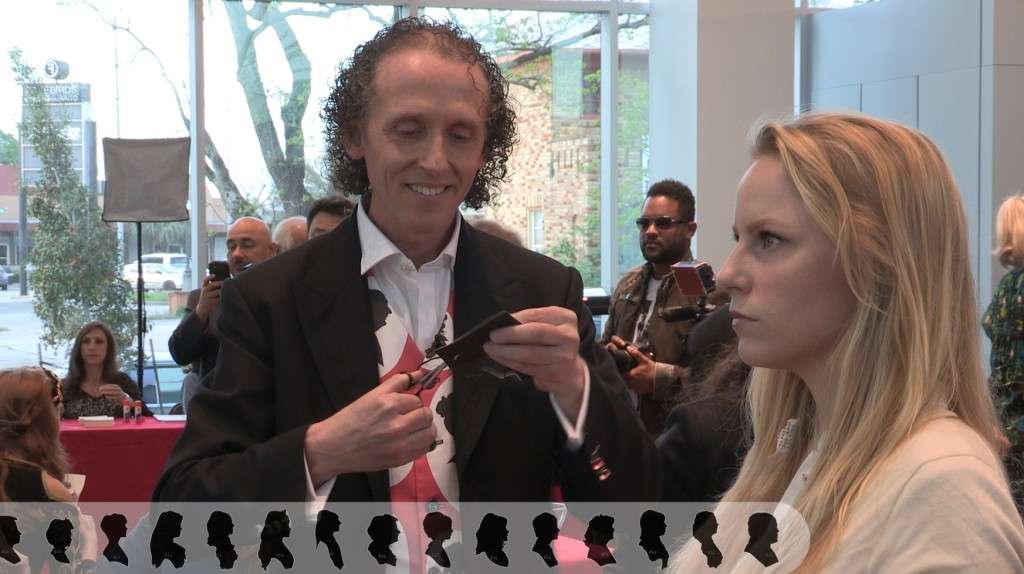 SOMETHING WHICH struck me after the “Off With Your Head!” speed-cutting contest was just how entertaining it had all been. With Cindi Rose and I… 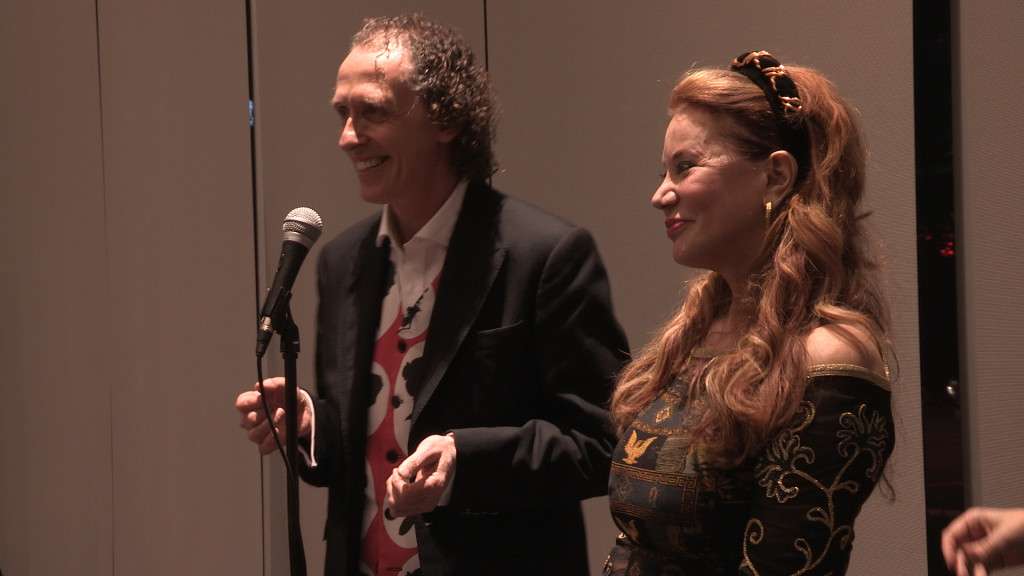 THERE SEEMS to be some ambiguity over the silhouette speed-cutting world record. The main item on our 2014 US agenda was a trip to Houston…

I’m stressed just reading this! How do your fingers hold up during (and after) such a long session of cutting with obviously no break? I’m imagining blisters if my experience of an afternoon in the garden with a pair of secateurs is anything to go by…

Tnat is a disadvantage of working this way. Two hours is a strict maximum, even though we are both used to working with scissors for long periods at a time.

What a fabulous idea to have done at a conference. Must be many opportunities in the fast lane of the UK

Strangely, no UK corporate client has ever asked me about this. It seems to be a German thing!